The future of adventure games 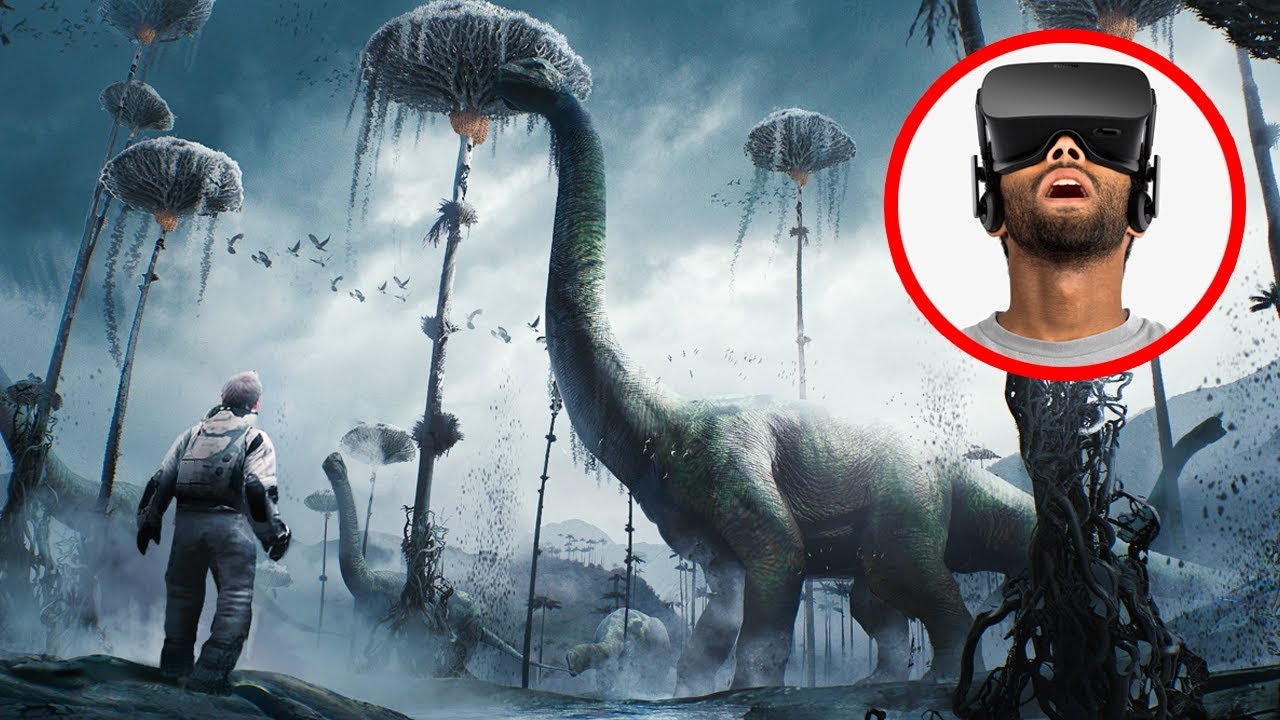 What has me the most excited about VR is not the headsets. We’ve had our head, or at least our eyes peering through that black window into game worlds ever since first person became a thing. VR will be a huge step forward into the space beyond that window, but I’m most excited about finally putting my hands through the looking glass and into those game worlds. Until now, most everything your hands do in games has been abstracted.

In the real world you push sticks or buttons while on screen your character seems to hit buttons with their nose, teleport items into their bags and manipulate objects by some kind of horribly uncoordinated telekinesis. Well, either that or they take control away for a quick moment and play a canned animation for you. Motion controls seem like a better solution. Admittedly, I’ve had very little experience with current ones like the Wii or Playstation move, but the idea of manipulating a controller in front of me while on screen some distance away the object responds seems like a huge disconnect. I think the real benefit of putting the screen on your head is allowing you to see those in game hands as your hands, and to see those in game items right there in front of you ready for direct manipulation. But VR has its limitations.

It allows you to see wonderful worlds but not to travel through them with great speed and mobility. Perhaps a slower, less actiony pace will work better. That’s why I believe the existing game genre that fits VR the best is the adventure game. Adventure games have traditionally taken you to exotic and beautiful locations, with players spending a great deal of time just looking around. And object based puzzles often make up the core of interactivity. Take this scene from Fahrenheight in which you’re a killer and a policeman comes to your door.

You have to clean up all the evidence before he grows suspicious and then let him in, hoping you haven’t missed anything. It requires you to be quick but hopefully doesn’t require too much mobility or floor space for VR. A smaller apartment would help.

As it is now, the scene has a great tension, which is unfortunately ruined by the awkward controls and the on screen prompts telling you exactly what to do. But they wouldn’t be necessary in VR, and players would be free find their own ways to clean things up and hide them from view. Much like the text parser I talked about in a previous video, VR motion controls will allow players to come up with answers themselves rather than being spoon-fed them with on screen prompts.

Another great example is this scene in Sherlock Holmes: Crimes and Punishments, a game I was perhaps too hard on in my last video. Minor spoilers, but in this scene you’re tasked with proving that this man owns this tobacco pouch, and you can only do that by planting it in his jacket pocket and asking him for a smoke. But with more advanced VR controls and a little more time spent on this scene, it could be done with much greater player freedom.

Maybe you could just take it out of your own pocket, start rolling a cigarette and see what he does. Maybe you could give it to the bartender and point to explain that you found it on the floor. Maybe you could try planting it on this guy again, only in VR it would be a fun dexterity challenge instead of an unfailable boring drag and drop with the mouse. Just think about doors. You could knock on them.

Lock them. Look through the keyhole or mail slot. Write on them. Put gum in the lock.

Do the credit card trick. Cover the peephole. Slide something under the door. All these things that before VR required different buttons or special context-sensitive prompts could just be done naturally, without thinking or having to explain the controls. VR controls also provide a subtlety to your actions. It’s been done a little in games before, but you could open doors just a crack and peek through instead of blasting them open and slamming them closed.

There’s a whole range of interactions I can imagine working more naturally in VR, and a whole other set I can imagine only being possible in VR, like hiding something behind your back or freely using two objects together. One thing I don’t want to see though is too many conversation systems in VR games. VR gives you a whole new set of ways to interact, but talking still isn’t one of them. I want to nod or shake my head, to show people things, to point things out. Everyone’s gotten a little sick of the silent protagonist, but I predict a big comeback for it. I don’t want to hear someone else’s voice coming out of my head.

Not now that we have so many new ways to express ourselves. Perhaps the reason adventure games died off somewhat was the lack of player expression and freedom of interactions. VR represents a massive opportunity to add those things to the genre.

Hi everyone! My name is Savannah Green. I am a fitness trainer and passionate nfl fan. Also I am fond of wrestling.

I created this website to talk about the different kinds of sports and workouts. Feel the difference.. Sport will change your life!